Home Lifestyle The 30 Best Songs About the Beach 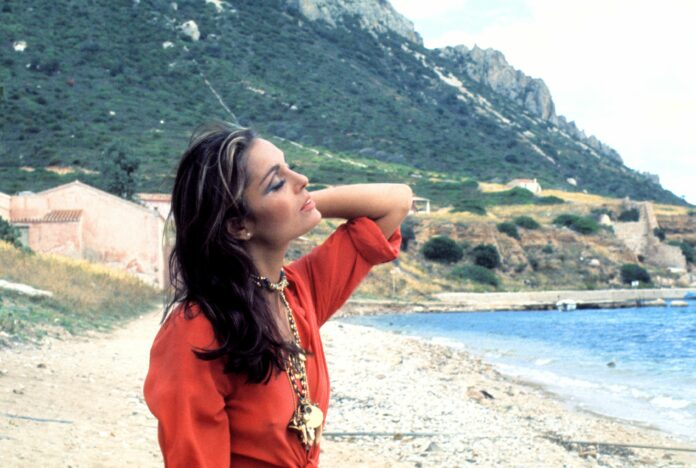 Each product we feature has been independently selected and reviewed by our editorial team. If you make a purchase using the links included, we may earn commission. 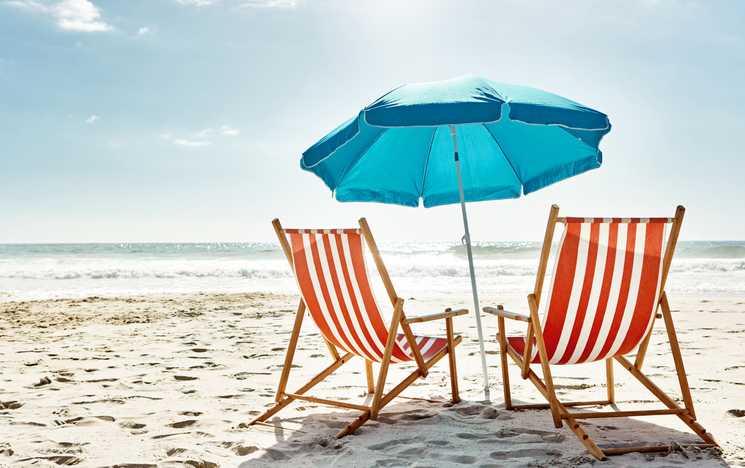 You’ve slathered on your sunscreen, popped on your wide-brimmed hat, and gathered your bag of beach-day essentials. The only thing missing is a soundtrack: some good beach music.

A day on the sand just isn’t complete without a playlist that sets the right tone and gives off good vibes from morning to afternoon. Our favorite songs about the beach capture everything a day by the water is: sunny, warm, and relaxing, with a pinch of nostalgia.

This round-up of the best songs about the beach will have you swaying in the sand, or transported there in your mind if you’re landlocked and dreaming of a coastal vacation.

From classic surf songs by The Beach Boys to mellow tracks from Jack Johnson, toe tappers from country artists and classic rock songs that make you feel like you’re on the boardwalk, this list of songs about the ocean is perfect for a day by the water.

Pick your favorites and add them to your playlist—or listen to ours here (just press play below—or listen in the app), and head to the beach.

The Best Songs About the Beach

Under the Boardwalk — The Drifters

Lyrics Spotlight: Under the boardwalk, down by the sea, yeah / On a blanket with my baby is where I’ll be
Trivia: Under the Boardwalk has been covered by the Rolling Stones, John Mellencamp, and The Beach boys.

Lyrics Spotlight: Summer heat, boy and girl meet. But, uh oh, those summer nights
Trivia: Four songs from the movie Grease became top 10 hits, but only “Summer Nights” was from the original musical. The others were written for the film.

Lyrics Spotlight: We can hitch a ride to Rockaway Beach
Trivia: Rockaway Beach was used in the New York beach town’s post-Hurricane Sandy radio ads to lure tourists back to the destination in the summer of 2013.

Lyrics Spotlight: I’m surrounded by water / And I’m not going back again
Trivia: Toes became the band’s third single to reach the top five on the country chart and their second to reach number one.

Lyrics Spotlight: Bodies in the sand, tropical drink melting in your hand / We’ll be falling in love to the rhythm of a steel drum band
Trivia: Kokomo, about a make-believe island getaway off the Florida Keys, gave The Beach Boys their first number one hit since Good Vibrations.

Beyond the Sea — Bobby Darin

Lyrics Spotlight: Somewhere beyond the sea / She’s there watching for me / If I could fly like birds on high / Then straight to her arms / I’d go sailing
Trivia: The music from Beyond the Sea was inspired by the song La Mer, by French composer Charles Trenet. Beyond the Sea has been recorded by many artists, but Bobby Darin’s, released in 1959, is the most well known.

No Shoes, No Shirt, No Problem — Kenny Chesney

Lyrics Spotlight: Been dreamin’ of gettin’ away / Since I don’t know / Ain’t no better time than now for Mexico
Trivia: Songwriter Casey Beathard told the Tennessean that he was reminded of Sean Penn’s character Jeff Spicoli from Fast Times at Ridgemont High when he was dreaming up the laid-back lyrics.

Lyrics Spotlight: I been all around this great big world / And I seen all kinds of girls / Yeah, but I couldn’t wait to get back in the States / Back to the cutest girls in the world
Trivia: “It was special, I knew that would become the theme song of the Beach Boys. It’s an anthem,” Brian Wilson, Beach Boy and co-writer of California Girls, told the LA Times in 2007.

Lyrics Spotlight: And when I get to Surf City I’ll be shootin’ the curl / And checkin’ out the parties for a surfer girl
Trivia: Surf City, co-written by Brian Wilson of The Beach Boys and Jan & Dean’s Jan Berry, was the first surf song to become a number-one hit in America.

The Boys of Summer — Don Henley

Lyrics Spotlight: Nobody on the road / Nobody on the beach / I feel it in the air / The summer’s out of reach
Trivia: The music to The Boys of Summer was written by Heartbreaker Mike Campbell, but Tom Petty passed on it, and it was Henley’s to lyricize and record, according to American Songwriter.

Sea and Sand — The Who

Lyrics Spotlight: Here by the sea and sand / Nothing ever goes as planned
Trivia: Sea and Sand is from The Who’s rock opera Quadrophenia, which follows a fictional character named Jimmy, a young man who is searching for answers. In Sea and Sand, he’s been kicked out of his house and finds solace on the beach.

Lyrics Spotlight: It was an itsy bitsy teenie weenie yellow polka-dot bikini / That she wore for the first time today.
Trivia: According to StereoGum’s review of this “novelty song” that hit number one on August 8, 1960, Brian Hyland was a 16-year-old former choirboy from Queens.

Lyrics Spotlight: I-I love the colorful clothes she wears / And the way the sunlight plays upon her hair
Trivia: Brian Wilson’s epic, out-of-this-world hit was one of the most expensive songs recorded at the time, due to the number of recording sessions it took to finish, according to Stereogum. His idea of “good vibrations,” came from his mother telling him that dogs only bark at people who give off bad vibrations.

Only the Ocean — Jack Johnson

Lyrics Spotlight: When this world is too much / It will be / Only the ocean and me
Trivia: Singer-songwriter and conservationist Jack Johnson helped us name our 2017 Ocean Heroes, our first-ever list of scientists, advocates, and deep-sea legends who tirelessly fight to protect our oceans.

Lyrics Spotlight: We’re waxing down our surfboards / We can’t wait for June / We’ll all be gone for the summer / We’re on surfari to stay / Tell the teacher we’re surfin’ / Surfin’ U. S. A.
Trivia: The group got into plagiarism trouble with rock & roll legend Chuck Berry for this popular number, which was reminiscent of Berry’s song Sweet Little Sixteen.

Lyrics Spotlight: But there’s booze in the blender / And soon it will render / That frozen concoction that helps me hang on
Trivia: Margaritaville is Jimmy Buffett’s biggest hit and only top 10 song ever, but it’s inspired a movement and a lucrative business, with drinks, apparel, restaurants, and resorts bearing the name.

At the Beach — Avett Brothers

Lyrics Spotlight: Are you feeling, feeling, feeling like I’m, feeling / Like I’m floating, floating, up above that big blue ocean / Sand beneath our feet, big blue sky above our heads
Trivia: You can join the Avett Brothers at the beach at their semi-annual At the Beach concert in the Dominican Republic.

Island in the Sun — Weezer

Lyrics Spotlight: On an island in the sun / We’ll be playin’ an’ havin’ fun / And it makes me feel so fine / I can’t control my brain
Trivia: As of spring 2019, Weezer has their own island, ‘Weezer World,” in the video game Fortnite, where players can listen to tracks from the band’s newest album.

I Want to Go to the Beach — Iggy Pop

Lyrics Spotlight: I wanna go to the beach / I don’t care if it’s decadent / I don’t know where my spirit went / But that’s alright
Trivia: Pop recorded the album Préliminaires in Miami, and some vocals were laid at the Estefans’ (as in Gloria) studio in Coral Gables, according to an interview with the Miami New Times.

Soak Up the Sun — Sheryl Crow

Lyrics Spotlight: I’m gonna soak up the sun / Got my 45 on / So I can rock on
Trivia: “Every song I’ve ever written that made me any money, I wrote on the same guitar,” Crow told USA Today. The 1964 Gibson Country and Western acoustic guitar was the first she ever purchased.

Catch a Wave — The Beach Boys

Lyrics Spotlight: Catch a wave and you’re sitting on top of the world
Trivia: Dennis Wilson, the band’s drummer, and younger brother of Brian, was the only member who actually surfed as a hobby.

Lyrics Spotlight: Knee deep in the water somewhere / Got the blue sky breeze blowin’ wind through my hair / Only worry in the world / Is the tide gonna reach my chair
Trivia: The band met Buffett on a camping trip, says bassist John Driskell Hopkins, and recorded vocals for the album You Get What You Give at Buffett’s Key West studio, where Buffett joined them on this track.

The Dock of the Bay — Otis Redding

Lyrics Spotlight: Sittin’ in the mornin’ sun / I’ll be sittin’ when the evenin’ comes / Watchin’ the ships roll in / Then I watch ’em roll away again
Trivia: Otis Redding never got to hear the finished version of his number-one hit Sittin’ on the Dock of the Bay. He died tragically in a plane crash just before it was released.

Wipe Out — The Surfaris

Lyrics Spotlight: Wipe out!
Trivia: The high school band’s manager broke a surfboard and cackled “Wipe Out!” into the mic to kick off the pulsing instrumental. The song was recorded as a B-side to The Surfaris’ Surfer Joe song, according to guitarist Jim Fuller in an interview in the book Surfing: An Illustrated History of the Coolest Sport of All Time.

Lyrics Spotlight: Some beach / Somewhere / There’s a big umbrella casting shade over an empty chair / Palm trees are growing and warm breezes blowing / I picture myself right there
Trivia: The song was written by Rory Feek and Paul Overstreet outside of a Starbucks and on Overstreet’s boat, according to Feek.

Lyrics Spotlight: You take your car to work, I’ll take my board / And when you’re out of fuel I’m still afloat
Trivia: During their tour for the Blue Album, Weezer regularly closed with Surf Wax America.

Lyrics Spotlight: Beachin’, sunshine, blue eyes, tan lines, slow tide / Rollin’ white sand, cold can koozie in my hand
Trivia: This was Owen’s second summer hit following his success with Barefoot Blue Jean Night in 2011. “We put it out hoping it would do well, but you never really know when you put a song out,” Owen told Billboard magazine. “The timing was perfect, and it went #1 July 4 weekend,” he said. “I guess I’m the summertime anthem guy now.”

Lyrics Spotlight: I never knew / That you liked Pina Coladas, and getting caught in the rain / And the feel of the ocean, and the taste of champagne
Trivia: ” … by December of 1979 it was a #1 record, and it was also a #1 record in January of 1980, so I can honestly say that it was at the top of the Billboard charts for two decades without interruption,” Holmes told songfacts.com.

When the Sun Goes Down — Kenny Chesney