Home Entertainment 15 Best Love Songs You Should Listen to! 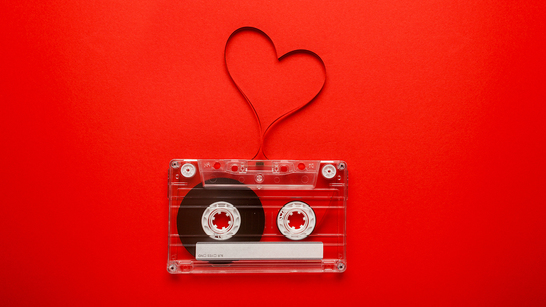 After research and many rock clashes, Expect to sniff along to all-time best love songs romantic classics, get down like you’re at a wedding disco to dance-party titans like Madonna, and feel a smile flowed across your face when you hit the number one spot and think of your number one sweetie—whether they know it or not.

The tone and tenor of best love songs have changed through the decades. The Beach Boys’ “God Only Knows,” Etta James’ “I’d Rather Go Blind,” and Otis Redding’s “These Arms of Mine” are just a few of the beautiful, serious songs from the 1960s. Madonna’s “Like a Prayer,” Prince’s “Purple Rain,” and Journey’s “Faithfully” raised the stakes and the aural drama in the 1970s and 1980s.

Best love songs, like each relationship, are unique and lovely. Whether you associate love with a fiery guitar solo, a solid grand piano, or a throbbing bassline, one of these best love songs will undoubtedly elicit an emotional response.


“My Girl” by The Temptations

This sweet 1964 chart-topper (the Temptations’ debut) may be the best love songs ever written. Its instantly identifiable guitar melody (right up there with the one from “Satisfaction”), lively finger snaps, unashamed optimism, and comforting-as-a-much-needed-hug harmonies will make even the most jaded downer feel all fuzzy inside. It was written by fellow Motown signees the Miracles.

“God Only Knows” by the Beach Boys

Brian Wilson was reportedly enthralled by Phil Spector’s symphonic concept for the Ronettes’ “Be My Baby” in 1963, listening to it 100 times a day. Wilson and the Boys would outshine the master three years later with a song that sent the sophisticated love song into the stratosphere.

The opening line’s ambiguity (“I may not always love you”) is a classic pop surprise that fits well with the swooping intro-to-verse transition. We’re left with a heartbreakingly delicate song of love, commitment, and faithfulness after that miasmic combination of harpsichords and heavenly brass clears, and that opening disclaimer is laid naked.

It was hazardous business in the mid-’60s to combine the fatalism of phrases like “what good would living to do me” with the usage of God in the title. There was no need to be concerned. Indeed, the song’s universality has transformed it into a quasi-nondenominational and humanist hymn, endowed with an ambiguous view that may miraculously heal all types of love.

“Be My Baby” by the Ronettes

It was covered by John Lennon, Scorsese used it to herald his directorial debut in Mean Streets, and, as previously said, Brian Wilson was so enamored with the symphonic drive that he listened to it 100 times a day. Phil Spector gave the bubblegum best love songs bowtie with 1963’s “Be My Baby,” reflecting love’s intensity and sweaty-palmed passion.

Ben E. King’s best accomplishment, which he co-wrote with Jerry Leiber and Mike Stoller, is an ageless, apocalyptic marvel. Listen to the basic bass rhythm, then the percussion, King’s tattered voice, and finally the strings, and try to let your frozen heart melt like butter. “Stand by Me” even made it into the Top 10 on the US charts twice, the first when it was released in 1961 and the second when the film of the same name was released 25 years later.

“Let’s Stay Together” by Al Green

The Reverend’s groundbreaking 1971 love song, “Let’s Stay Together,” expresses the serious vows of marriage: “Whether circumstances are good or terrible, happy or sad.” However, when sung by Green, these promises take flight. Green’s magnificent original was given a new lease of life in 1994 when Quentin Tarantino incorporated it in Pulp Fiction. It has been covered several times since its debut. But the performance by Barack Obama at a fund-raising event in 2012 has to be our favorite boost for the song.

“This Magic Moment” by The Drifters

This Magic Moment” is a standout love song among Doc Pomus and Mort Shuman’s other classics: you can practically see the camera gently closing in on the two experiencing that mind-blowing first kiss, while Ben E. King wails reverb lead vocals over lovely swirling strings.

We’ll eat our hat if there’s anyone out there who doesn’t melt a little when they hear the drum flutter that starts this 1960 swoon of a song. The structure of “Wonderful World” is lullaby-like—of course, one plus one equals two! Of course, this one should be with you!—echoing how, when love feels right, it’s a mix of a no-brainer and a miracle. We still have no idea what a slide rule is for.

“Something” by the Beatles

“Something” was the first song written by George Harrison to feature on the A-side of a Beatles single (though it did share the honor in 1969 when it was released as a double A-side with the uniting plea “Come Together”).

The song, which captures the whirling triumph of infatuation, would go on to become the Beatles’ second-most-covered song (the first being “Yesterday”). Over 150 musicians have tried out the beautiful, swooning ode, including James Brown, Elvis Presley, Phish, Isaac Hayes, and Frank Sinatra, who dubbed it the “best love song ever written.”

“Unchained Melody” by the Righteous Brothers

It’s the overly sentimental description of a love song that makes it all the more effective. The dreamy, arpeggiated start, the build to an enormous orchestral conclusion, and lyrics whose blatant emotional manipulation ought to fall apart under scrutiny: “Unchained Melody” has all the cliched trappings of a by-the-numbers ballad.

“At Last” by Etta James

Etta James’ 1960 recording of “At Last,” the most shamelessly sentimental slow-dance–wedding–love-scene song in history, may sound a little cliché. But we all know what’s coming from the first note (love! finally! ), and James’ deep crooning gives us a shiver every time, whether we anticipate it or not. For example, almost everyone, including the First Lady and the President, lost it during Beyoncé’s performance at Obama’s 2009 presidential inaugural event. It’s adorable.

“It Had to Be You” by Harry Connick Jr.

This 1924 Tin Pan Alley tune has been a Hollywood standard for years, appearing in films ranging from Casablanca to Annie Hall, and is flirtatiously sardonic in its acceptance of the singer’s absolutely flawed mate (“For all your flaws I love you still”).

However, for many modern listeners, “It Had to Be You” is inextricably associated with the 1989 romantic comedy When Harry Met Sally…, a film that brilliantly portrays the song’s feeling of inevitability. When Harry Connick Jr. recorded the soundtrack at the age of 21, he did it with a young freshness and nostalgic refinement that earned him immediate fame.

“Vision of Love” by Mariah Carey

Though many of Mimi’s best love songs may have made our list, her 1990 blockbuster tune made the cut for her characteristic Carey promise that love would prevail no matter what. Plus, the slow-dance-ready song is credited with launching American Idol-style melismatic singing, and performers like Beyoncé and Christina Aguilera acknowledge it as a major influence—so we can thank the diva for Mrs. Carter’s “Drunk in Love” as well.

“I Will Always Love You” by Dolly Parton

When Mr. Grand Ole Opry chose to pursue a solo career, Dolly Parton’s farewell to her long-time companion and mentor, country superstar Porter Wagoner, generated quite the sensation in 1974. There isn’t a greater song in modern culture that expresses the concept of “if you love something, set it free.” While few of us, with the exception of Whitney Houston, can sing those high notes as well as Parton, it doesn’t stop us from singing along with the chorus with the same fervor.

“Hallelujah I Love Her So” by Ray Charles

Have you ever had a neighbor with whom you can’t stop flirting? Ray Charles understands how you feel. Of course, in his debut track, “Hallelujah I Love Her So,” the next-door neighbors go above and beyond being nice and polite.

The song portrays in its totality a love that comes from a perfect understanding, thanks to Don Wilkerson’s tenor sax solo and the charming lyrics about the simple kindnesses of romance (carrying coffee to each other, coming at a moment’s phone call). When Charles sings that despite people’s misgivings, he knows she’ll be there for him because “she told me so,” it’s evident that this is the type of relationship that’s meant to be.

“Slow Show” by the National

The National is the best love songs recognized for its alternatively majestic and devastating explorations of existential dread and anxiety—in other words, they’re far from romantic. However, this track from their breakthrough album, 2007’s Boxer, demonstrates that they understand the healing power of love. Frontman Matt Berninger finds himself alone at a party and describes his panic and isolation before pinpointing the exhilarating recognition of a soulmate with simple precision: “You know I dreamed about you for 29 years before I saw you.”

The words of this early-aughts song are so repetitious that they practically become a mantra. “Wait, they don’t love you as I love you,” is a thought that probably far too many of us have had, whether expressed or unspoken, when a relationship begins to fall apart.

“Never Tear Us Apart” by INXS

There are times in our lives when our lives feel like the final five minutes of a CW season finale (before the shocking cliff-hanger, natch). You’re at a plaza or a café when the object of your emotions walks into the picture. All other sounds diminish as time slows down.
You give each other a glance.

Your heart skips a beat. The artificial strings begin to play (it was 1988, after all). And Australia’s Jim Morrison, Michael Hutchence, begins to sing: “I was standing… You were present… It seemed as though two universes collided… And they’d never, ever be able to break us apart.” Then there was that pause.

We're continuing our things to do this weekend round-ups of entertaining to-dos, blending in the occasional online/virtual event with an ever-growing list of in-person...
Read more
Entertainment

Looking for any Prank Websites to visit on the internet? Please read this article, in which we have gathered some Prank Websites from the...
Read more